(Clovis, New Mexico) Wednesday, March 11, 2020—Local city, county and business officials packed the Business Enterprise Center board room yesterday for Chowder with Crowder, the annual post-legislative session wrap-up event hosted by the Clovis/Curry County Chamber and Clovis Economic Development (CIDC). Rep. Randy Crowder, Sen. Pat Woods and Rep. Martin Zamora provided a recap of the session, highlighting some of the 88 bills that passed as well as other projects they are working on.

As of Monday evening, Governor Michelle Lujan Grisham has signed into law 80 bills including the controversial “red flag” law, which Crowder feels confident will be challenged in court. The passing of House Bill 30 was an enormous win for the Chamber’s Committee of 50, who were instrumental in lobbying for the bill, requiring the State to waive fees and expedite issuance of teaching, professional and occupational licenses for military service members, their families, their dependent children and veterans. Other bills of interest include one imposing a new fee on brand name commercial pet food to implement a dog and cat spay and neuter assistance program, and Crowder stressed the importance of Senate Bill 4, which provides $8 million in emergency funding for statewide U.S. Census preparation efforts.

New Mexico agriculture was a recurring topic with the mention of a bill extending the state’s agriculture biomass income tax and corporate income tax credits for 10 years. Zamora also gave an update about his on-going effort to bring more weather stations to New Mexico in order to fix the state’s inaccurate representation on drought monitors.

In order to paint a picture of his experience at a transportation subcommittee meeting for the Appropriations Committee, Crowder expressed his surprise in finding out that he had more than $21 million to spread amongst the counties in his transportation district for road improvements. He proudly announced that he was able to place $8.25 million to repair the road from Melrose to Clovis, as well as $1.25 million to do a study for passing lanes from Clovis to Ft. Sumner.

Woods, Zamora and Crowder also responded to constituents concerned with overspending in the State budget, especially with the recent plunge in oil prices. Crowder explained that the bill was a straight party-line vote with all Republicans in opposition, saying, “We’re in the minority. I will tell you I think I know how to fix the problem, but getting that done is an enormous task. When there’s a lot of money lying around it’s hard not to spend it. And we’re tempted same as anybody.”

“That’s what a lot of the fight is about. It’s about overspending,” Zamora added. “Which programs we should spend on, which we shouldn’t touch, and that’s where a lot of this friction comes into play. On the more conservative side, we’d like to be secure and see financial responsibility from the State in a way where we don’t get ourselves into these problems we’re in today.”

Woods explained his stance, adding, “You’ve got all these worthwhile projects, but when do you vote for it and when do you don’t? Most of the time it’s a negotiated budget so a lot of people get together and decide what it should be. Most of the republicans in the Senate didn’t vote for it, but I’m one of them that did. It was a last second decision. And when I voted the clerk looked at me because I said ‘yeah.’ She looked at me and she said ‘what?’ And I said ‘yeah it surprised me too.’”

The state budget (House Bill 2) is one of the seven bills still outstanding, that the Governor will act on by 12 p.m. today. 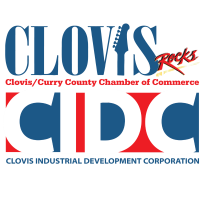