The Clovis/Curry County Chamber of Commerce has announced the lineup for the 2023 Clovis Music Festival, scheduled for April 14-15 at the Curry County Events Center.

Friday, April 14 – Eli Young Band / Uncle Kracker
Multi-platinum hitmakers Eli Young Band will headline the first night of the 2023 Clovis Music Festival, with chart-topping country rocker Uncle Kracker opening the show. Eli Young Band has always been unique in modern Country music as a true band of brothers who cling fast to their Texas roots. The band has maintained an impressive trajectory with singles earning Billboard's #1 Country Song of the Year and ACM Awards Song of the Year. They have also earned nominations from Grammy, CMA, CMT, ACA and Teen Choice Awards.

Uncle Kracker vaulted to stardom as a charismatic presence and chief collaborator in Kid Rock’s Twisted Brown Trucker Band. The Michigan singer, songwriter, and performer, also known as Matthew Shafer, kicked off an incredible solo career of his own. His 2000 major label debut, “Double Wide,” fittingly went double-platinum and yielded the #1 smash hit “Follow Me.” Uncle Kracker flew up the charts for five weeks at #1 with “When the Sun Goes Down,” and he reached Country Music’s Top 10 with his double-platinum crossover hit “Smile.” Uncle Kracker has played sold-out shows across the country. He is still having a blast, and fans in eastern New Mexico undoubtedly will too, when they see him at the Clovis Music Festival.

Saturday, April 15 – Los Huracanes del Norte
Los Huracanes del Norte are a pioneer group in the norteño music genre that have left an unforgettable mark on the music scene. They are distinguished in their genre for their diligence, discipline, humility and love for life. They are creators of a distinctive style that has rendered them international fame and an impressive production of 68 albums, three Grammy nominations, winners of the Billboard magazine trophy “la voz,” the prestigious trophy of the Heraldo of Mexico, and numerous other awards. Los Huracanes del Norte celebrated their 50th anniversary last year and were honored with a star on the Hollywood Walk of Fame.

Ticket information for the 2023 Clovis Music Festival will be announced at clovismusicfestival.com and on Facebook @ClovisMusicFest.  Stay tuned for updates!

About the Clovis Music Festival:
Since 1987, people from across the globe have traveled to eastern New Mexico to celebrate the history of rock ‘n’ roll. With concerts from some of the greatest musicians of all time, the Clovis Music Festival is a tribute to the influential artists who recorded their music in the Norman Petty Recording Studios and had an impact, not only in Clovis, but on the entire course of rock and roll history. Past performers have included 38 Special, the Killer Vees, Lonestar, Starship Lou Gramm, Chubby Checker, Clint Black, Winger, Doug Stone, Warrant, Bobby Vee, Liliac, Josh Wilson, and Loverboy, among dozens of others. For more information, visit clovismusicfestival.com or follow us on Facebook. 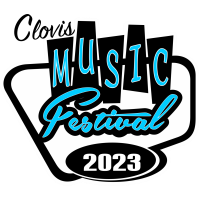